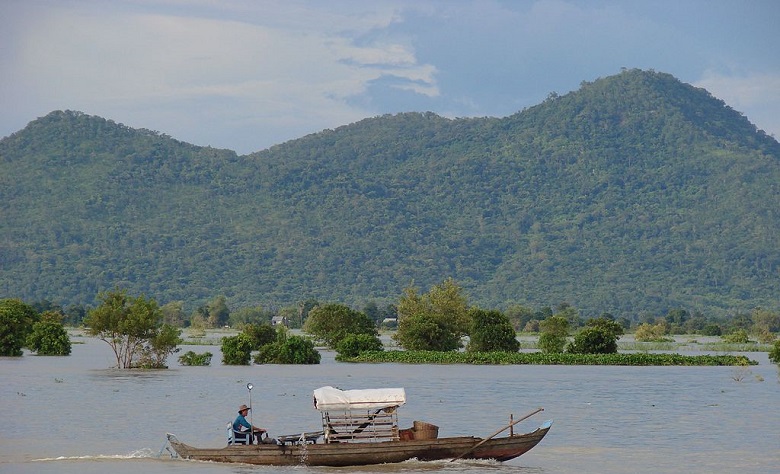 The Cambodian town of Kampong Chhnang is the capital of Kampong Chhnang Province. The Province is located to the northwest of Phnom Penh, the country’s capital and occupies the south-eastern edge of the Tonle Sap Basin. It borders Kampong Thom to the North, Kampong Cham to the East, Kampong Speu to the South and Pursat to the West. According to the Kampong Chhnang Municipal Authority, the population of the town in 2018 is 42,082 persons.
90% of the residents in Kampong Chhnang use onsite sanitation systems, while 5% practice open defecation. The remaining 5% of the population uses offsite systems. The sewerage system, however, coveys and discharges the waste untreated into the Tonle Sap river. In total, 42% of the excreta in Kampong Chhnang is safely managed, with 58% being unsafely managed. This SFD report was prepared by WaterAid and commissioned by GIZ GmbH.