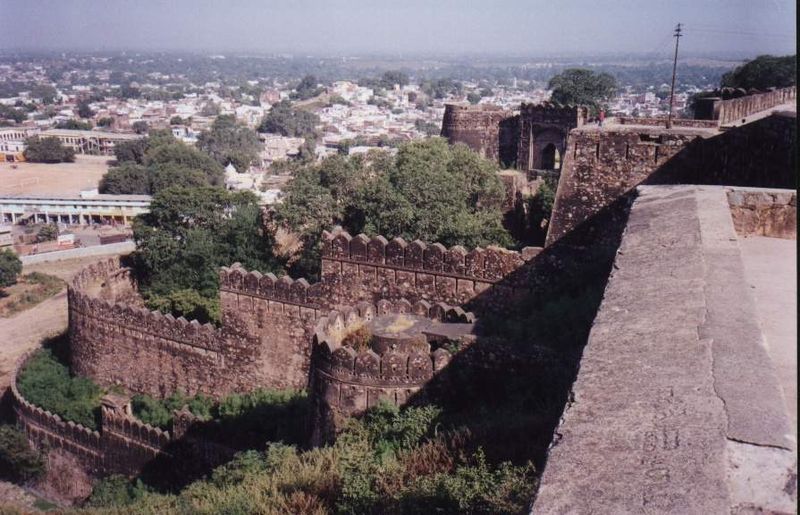 This file is licensed under the Creative Commons Attribution-Share Alike 3.0 Unported license.

The city of Jhansi is called as the Gateway to Bundelkhand, situated between the rivers Pahuj and Betwa at an average elevation of 285 metres (935 feet). It is about 415 kilometres from New Delhi and 99 kilometres south of Gwalior. Jhansi is a major commercial, tourist and educational centre in the Bundelkhand region of Uttar Pradesh state. In addition, there is a major industrial area at Bijauli. Jhansi city is governed by Jhansi Municipal Corporation or Jhansi Nagar Nigam (JNN). It covers an area of 150 sq. kms and is divided into 60 wards. According to 2011 Census, Jhansi city has a population of 505,693 and density of 3,372 people per sq.km2. It has 91,150 households (Census 2011). As per departmental data 2020, the population of Jhansi has increased to 622,180 in 2020 and total number of households is 124,436 which is used for preparation of SFD 2020. The majority of the population in Jhansi (98%) uses onsite sanitation systems, and there is no practice of open defecation. Only 15% of the excreta in Jhansi is safely manged, leaving 85% as unsafely managed. This SFD Light Report was prepared by the Centre for Science and Environment India in 2020.