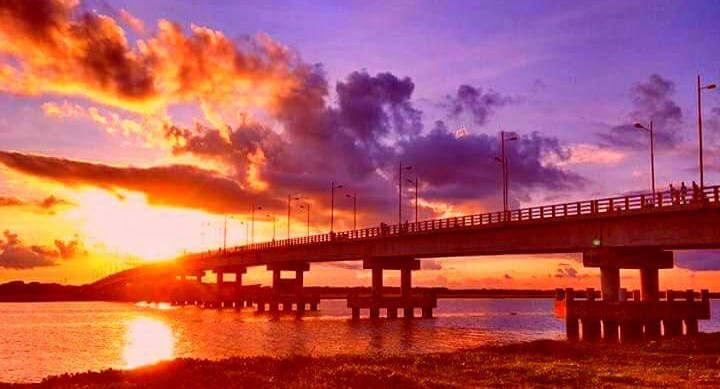 Bhola is one of the administrative districts (Zila) located in south-central Bangladesh with a total area of 3,404km2 and a population of 1.8 million inhabitants. Part of the district is Bhola island which, despite being the largest island of Bangladesh, only can be accessed by boat at this point. This island of 1,441km2 is divided into seven Upazila (sub-districts). One of these Upazila is Bhola Sadar, located at the northern end of the island. With an estimated population of 53,775 inhabitants for the year 2020, based on an urban growth rate of 0.54% (BBS, 2013), Bhola Sadar is classified as a municipality called Paurashava in Bangladesh (BBS, 2013). The Paurashava is densely populated with 4,140 inhabitants per km2. The island of Bhola can be described as levelled, with an average elevation of 2-3m above sea level it is frequently flooded and affected by sever cyclones common for the region (Murshed et al., 2015). Bhola island is very vulnerable to sea level rising and erosion. Housing in the Paurashava includes multi-story apartment houses (multipucca = 3%) and single-family houses of lower (kutcha = 48%) and higher qualities called Puccas (5%) and Semi-Puccas (43%).