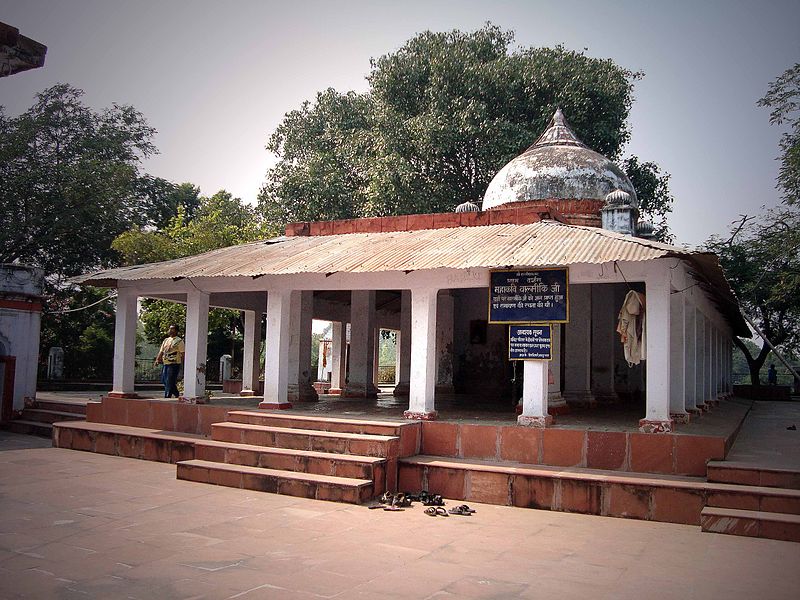 This image was uploaded as part of Wiki Loves Monuments 2013.

Bithoor or Bithur is a town in Kanpur Nagar District, 23.4 kilometres by road north of the centre of Kanpur city, in Uttar Pradesh, India. Bithoor is situated on the right bank of the Ganga, and is a centre of Hindu pilgrimage. According to Hindu mythology, Bithoor is the birthplace of Lord Ram's sons Luv and Kush. Bithoor is also the centre for Revolt of 1857 as Nana Sahib, a popular freedom fighter who was based there. The city is enlisted as a municipality of Kanpur metropolitan area.

As per Census 2011, Bithoor has a population of 11,300 residing in 1,974 households. The population of the city as per Swachh Survekshan (Country wide annual ranking mechanism for cities with respect to sanitation) conducted in 2019 is 13,742 corresponding to 2,198 households.This population is used for preparation of SFD. The urban local body governing the town is Bithoor Nagar Panchayat (BNP). BNP has an administrative area of 8.58 sq.km which is divided into 10 wards. The density of the city is 1601 people per sq.km which is high in comparison to state density of 828 people per sq.km.

The geographical coordinates of Bithoor are 26.6127°North and 80.2719°East. The topography of Bithoor is majorly plain.The average rainfall is 837 mm. Temperature rises to 46°C and drops to 6°C. The soil type is clayey and sandy with occasional gravel and boulder. Table 1 shows the population growth in Bithoor in past two decades

The majority of the population in Bithoor (99%) uses onsite sanitation systems while none of the residents are practicing open defecation. Only 3% of the excreta in Bithoor is safely managed, leaving 97% unsafely managed. This SFD Lite Report was prepared by CSE in 2020.