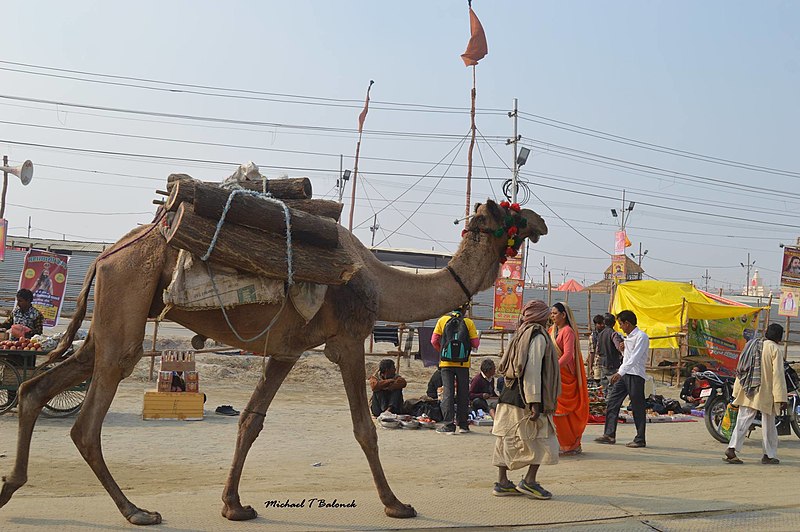 Prayagraj is coined with the name Prayag mean "place of sacrifice or offering". The city was earlier known as Allahabad, Illahabad. The city is the headquarters of Prayagraj district in Uttar Pradesh. The District is part of Central Ganga Plain and lies between Latitude 24° 47’ N & 25°N and Longitude 81°19' E & 82°21'E.
The city is situated at the confluence of three rivers – Ganga, Yamuna and the invisible Saraswati. The meeting point is known as Triveni (or Sangam) and is very sacred to Hindus World famous Maha Kumbh Mela, Kumbh Mela, Ardh Kumbh Mela and Magh Mela take place at Sangam at an interval of 144 years, 12 years, 6 years and annually, respectively. The area under Sangam is not included under Nagar Nigam jurisdictions and is governed by Prayagraj Fair Authority (PFA).

The average annual rainfall is 934 mm. Climate is sub humid and is characterized by hot summer and pleasant monsoon and cold season. About 90% of rainfall takes place from June to September. Depth of ground water in pre and post monsoon ranges between 3 – 15 metres below ground level (mbgl) and 1.45 – 13 mbgl respectively.

The majority of the population in Prayagraj (55%) uses offsite sanitation systems. None of the residents are practicing open defecation. Almost 64% of the excreta in Prayagraj is safely managed, leaving 36% unsafely managed. This SFD Lite Report was prepared by CSE in 2020.