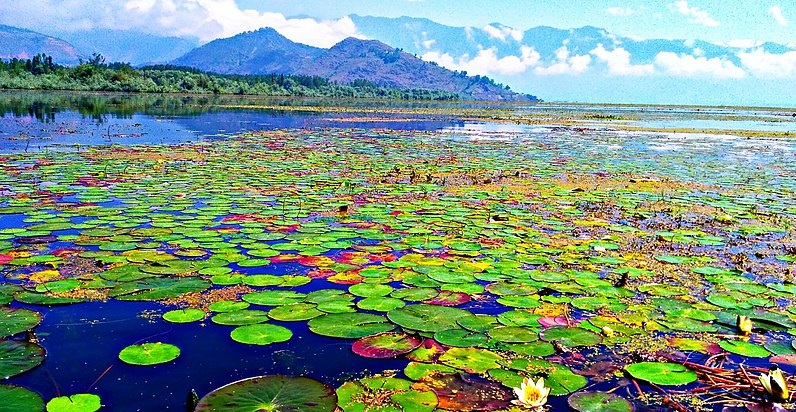 Bandipora city is located at a distance of 47 km from Srinagar and at a distance of 330 km from Jammu. It is located at mean elevation of about 1701 msl at 340 25’ 12” North and 740 39’ 00” East. The urban local body governing the town is Bandipora municipal council (BMC). Bandipora municipal council recently got promoted to a council status from a committee in July 2020. According to the 2011 census, the population of the city was 37081 and total number of households was 5584. BMC has an administrative area of 13.40 sq.km which is divided into 17 wards.

Bandipora city is located on the banks of Wular lake, Asia’s largest freshwater lake. In the recent years, the lake has been polluted due to inadvertent dumping of the polluted river waters and sewage affluence has led to a pandemic growth of algae in the waters of the Wular which is threatening the lake and its supporting life itself. The main source of pollution to Wular is Jhelum River. The Jhelum River carries all the waste from Srinagar city and other surrounding areas and deposits it in Wular.

The majority of the population in Bandipora (81%) uses onsite sanitation systems. None of the residents are practicing open defecation. Only 1% of the excreta in Bandipora is safely managed, leaving 99% unsafely managed. This SFD Lite Report was prepared by CSE in 2020.