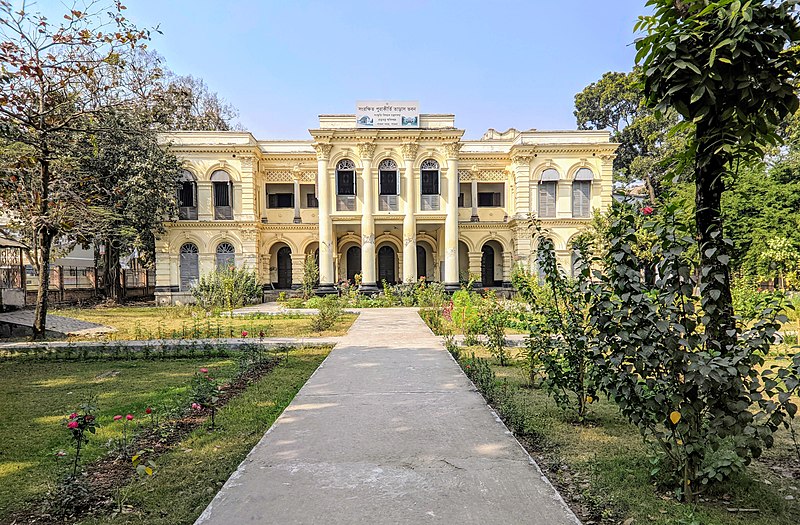 This file is licensed under the Creative Commons Attribution-Share Alike 3.0 Unported license.

Pabna is a fast-growing city, which is 153 km away from the Dhaka city. It is beside the Isamoti River and well connected with road, water, and railways. It is one of the oldest towns in the sub-continent and was declared Municipality in 1876. Pabna is one of the 53 district level Municipalities in the country.

According to the population census in 2011 by the Bangladesh Bureau of Statistics (BBS), the Pabna city population was 144,442. The urban population growth in Bangladesh is 3.5% per year. Considering 10% floating population, such as farmers and traders, comes to the city every day, the present (2020) population is estimated to be around 198,427. The Municipality covers an area of 27.20 square kilometres. At present, Pabna municipality has 213 km of road out of which 162 km is bituminous road, 4.5 km is Herring-Bone-Bond (HBB) road, 20.10 km is cement concrete road, 1.8 km is Water Bound Macadam (WBM) road and 24.60 km corresponds to earthen road. The city has about 191 km of drains which includes 86.8 km of Brick drain, 41.0 km of RCC drain, 8.8 km of primary drain and 54.4 km of earthen drain.

The majority of the population in Pabna (98%) uses onsite sanitation systems. None of the residents are practicing open defecation. Only 2% of the excreta in Pabna is safely managed, leaving 98% unsafely managed. This SFD Lite Report was prepared by CWIS-FSM Support Cell, DPHE in 2021.