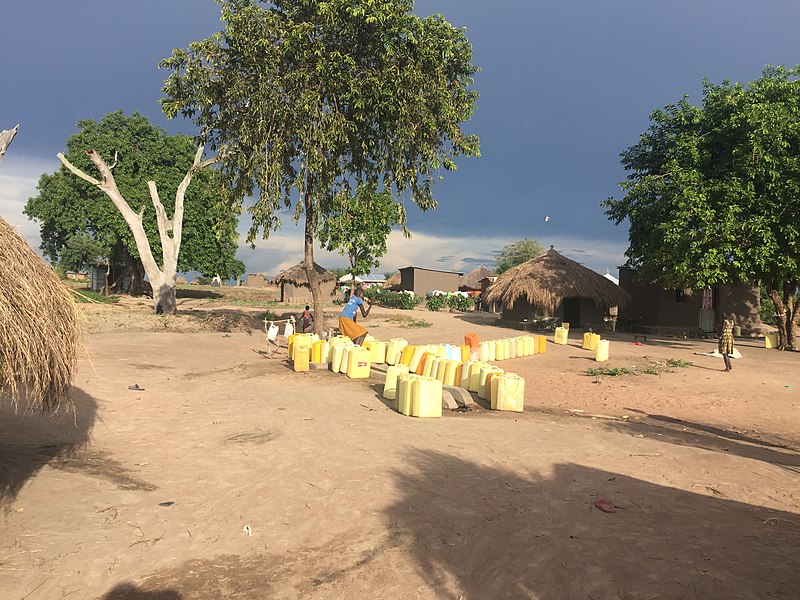 Rhino Refugee Settlement is in the North-West Nile Region of Uganda. The settlement covers an area of approximately 225 km2 and stretches over parts of Odupi, Omugo, and Uriama sub-counties (Terego District) and extends into Rigbo sub-county in Madi-Okollo District. The settlement is divided into ten zones and has 42 villages. It is important to understand that Rhino refugee settlement is not a continuous geographical area, but the refugees settle in ‘pockets’ in the area (UNDP, 2018). The host community constitutes of the population of the four sub-counties in which these settlement pockets are located. As a result, for the scope of this report, we assume a total population of 275,333, of which around 44% are refugees, and 56% are non-refugee host communities.

Rhino settlement and the host communities can be characterised as rural with some towns/urban areas in host communities. The main economic activity among both the host and refugee communities is some form of agriculture, mainly crops (ILO, 2020).

The climate in the District is characterised by a unimodal rainfall pattern with a rainy season between April and November an a dry season between December and March (Arua District Local Government, 2009)