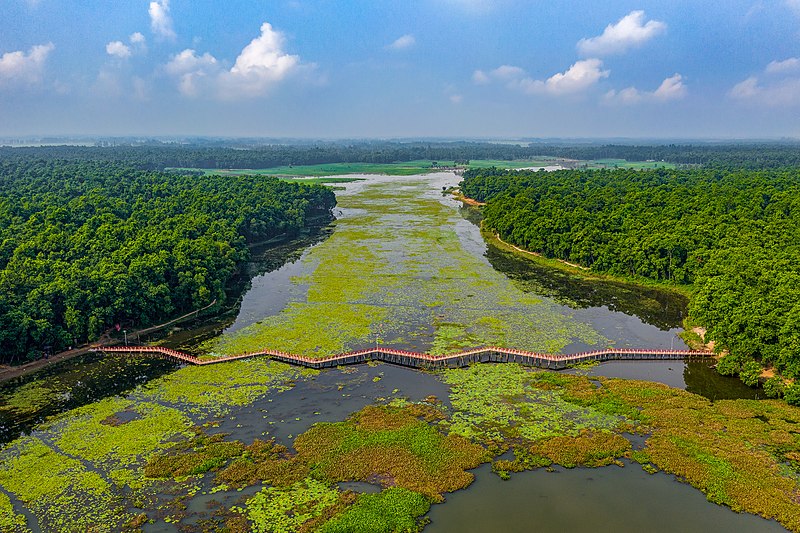 Nawabganj is a town and a nagar panchayat in Unnao district which is situated between Lucknow and Kanpur in the Indian state of Uttar Pradesh. It belongs to Lucknow Division. It is located 24 Km towards East from District head quarters Unnao. It is a Block head quarter. Nawabganj was established by Nawab Ramzan Ali (Nawab of Sheesh Mahal Estate Lucknow) in 1858. He established Nawabganj between two villages Pachhiyavn & Durgaganj. Nawabganj Bird Sanctuary, a bird sanctuary (chandra shekhar azad) and nature reserve, is located near the town. Shri Durga Mata temple is located in the town. Shri Kushahari Mata temple is 3 km. away from the town near Kusumbhi railway station.

As per Census 2011, Nawabganj has a population of 11,545 residing in 1,946 households. The population of the city as per Swachh Survekshan (country wide annual ranking mechanism for cities with respect to sanitation) conducted in 2019 is 13,161 corresponding to 2,217 households.1 This population is used for preparation of the SFD graphic. The urban local body governing the town is Nawabganj Nagar Panchayat (NNP). NNP has an administrative area of 3 sq.km which is divided into 10 wards. The density of the city is 4,387 people per sq.km which is high in comparison to state density of 828 people per sq.km.2