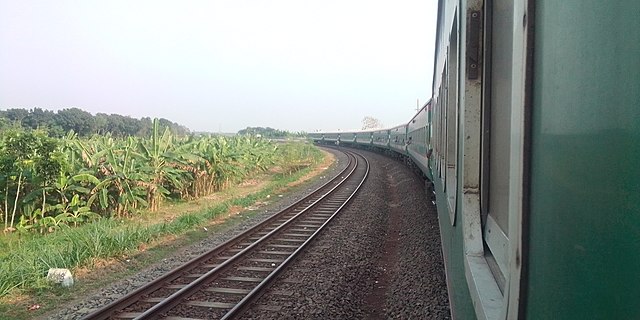 Ishwardi municipality is a sub-district town of Pabna District under Rajshahi Division, Bangladesh, which is 282 km away from Dhaka City. The municipality was established in 1974. The city is located in the plain area of Bangladesh, situated on the bank of the Padma River. It consists of 9 wards and 27 Mahallahs (small cluster based area of population). It is also the headquarters of the western zone of Bangladesh Railway. It is the site of the Ruppur Nuclear Power Plant. Ishwardi Airport is a domestic airport in Ishwardi Upazila, Pabna, Bangladesh.

According to the population census in 2011 by the Bangladesh Bureau of Statistics (BBS), the municipality population was 66,255. The urban population growth in Ishwardi is considered 1.47% per year. Considering 10% floating population, such as farmers and traders, comes to the city every day, the present (2021) population is estimated to be around 76,665 (Table 1 and Table 2).