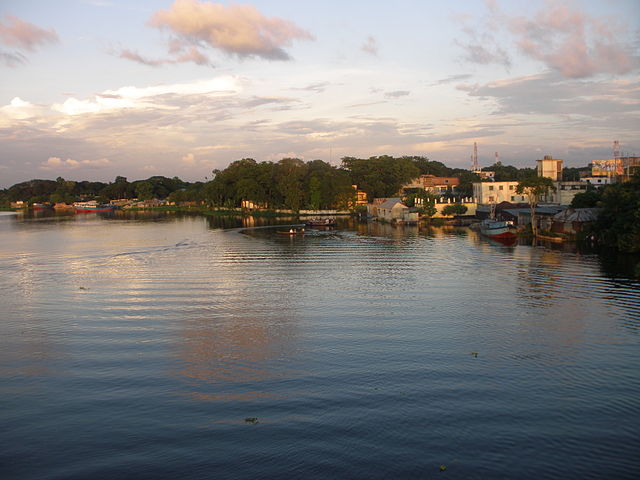 Homna is a sub-district town of Comilla district in the division of Chittagong, Bangladesh. The town is situated beside the Titas River and well connected with road and water to the capital city Dhaka. It town was declared as Municipality in 2002.
According to the population census of 2011 by the Bangladesh Bureau of Statistics (BBS), the Municipality population was 29,173. The urban population growth in Homna is considered 3% per year. Considering the floating population, such as farmers and traders, who come to the city every day, the present (2020) population is estimated to be around 39,000.
The Municipality covers an area of 14.10 square kilometers. At present, Homna Municipality has 29 km of roads, out of which 12 km are bituminous roads and Herring-Bone-Bond (HBB) roads and 17 km are earthen roads. The city has about 26.5 km of drains, which includes 6.50 km of pucca drains and 20 km of earthen drains.